The WordPress Community – Is Fragmentation a Bad Thing?

So there has been an interesting discussion on the UK WP Slack channel recently surrounding Tim Nash’s blog post on not using the pub as a central location to hold WordPress meetups. The discussion has been great, and well worth a read, but it appears to have divided people into two main groups.

On one hand you have a group of people who welcome it: some WordPress meetups have the odd person who takes the mantra of “any excuse for a pissup”. This caused WordPress Leeds/Northern Bloggers some problems, so it was taken out of a pub with a “come and join us for a drink after if you fancy it” mantra, and it’s been successful, with a great core group of regulars.

On the other hand you have a group of people who were against it: after all pubs are seemingly a community hub in the UK, and the question – in true Top Gear fashion – is “how bad can it be?”. Many people can enjoy a pint or a glass of wine without feeling the need to get violent, so why should the absolute few spoil it for the many.

Most people took one side or the other, whereas I’m going to take what I believe the stand should be.

Why can’t it be both? And wheres does that leave the WordPress community?

Lets be honest: WordPress meetups for an increasing number of us are social meetups. We get a kick out of helping, spouting our opinions and generally talking about a content management system that we have a strange affinity to. It’s an excuse to go out, meet like minded folks, and generally have a bit of a natter.

But – like minded folks have shared interests – we have other interests too. Why shouldn’t we share said interests? 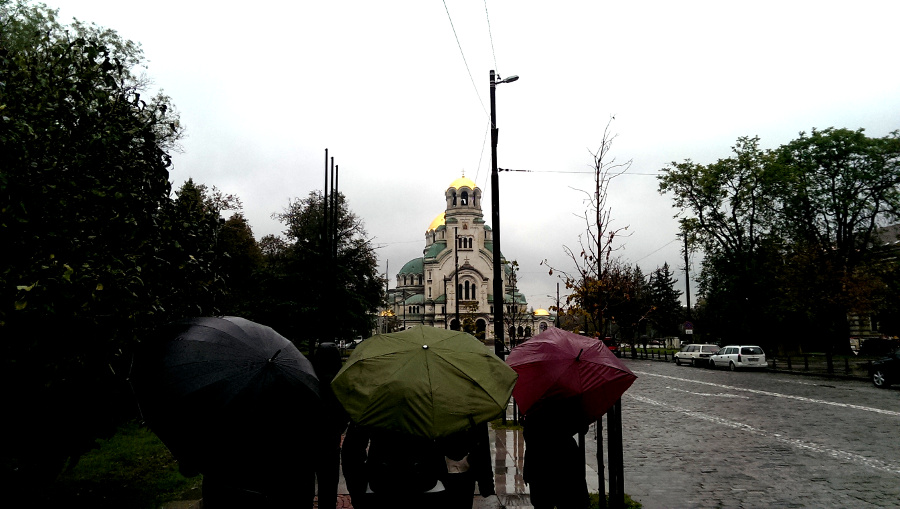 Here’s an example. Last year at WordCamp Europe I ran a walking tour. It was totally unofficial: no sponsorship from the WordPress Foundation (or indeed anybody) was provided, but instead tickets were sold for about €5 to cover the cost of providing the tour. It was a way to meet not only like minded WordPress folks, but also like minded WordPress folks who wanted to find out about the beautiful city of Sofia that we found ourselves in.

After the event, myself with Taco, Theis & Peter from the Yoast team jumped in a taxi and attended a paintballing event. Again with more WordPress people, but with the desire to cover each other in 50 shades of Dulux. I went to WordCamp Europe last year without really knowing too many people. I left with a good circle for friends that have been incredibly valuable to know in the last year or so.

The point I am trying to make is that I believe that as the WordPress community is getting bigger, I feel we don’t need to attend all events within our local area. By having a bigger community, there is a chance that – maybe – we don’t get on with everybody in the community, and there are others in the community I’d be happy to go out for a coffee with and talk about anything but WordPress.

But that doesn’t mean it is be us vs. them for meetups. It should be us and them, fighting for the greater good.

So why not organise an event surrounded by your interest? Some people will come, some people may not, but you never know unless you try.

And, if anybody fancies organising one in Dallas next year, I’ll see you at WordCamp Wrestlemania 32.