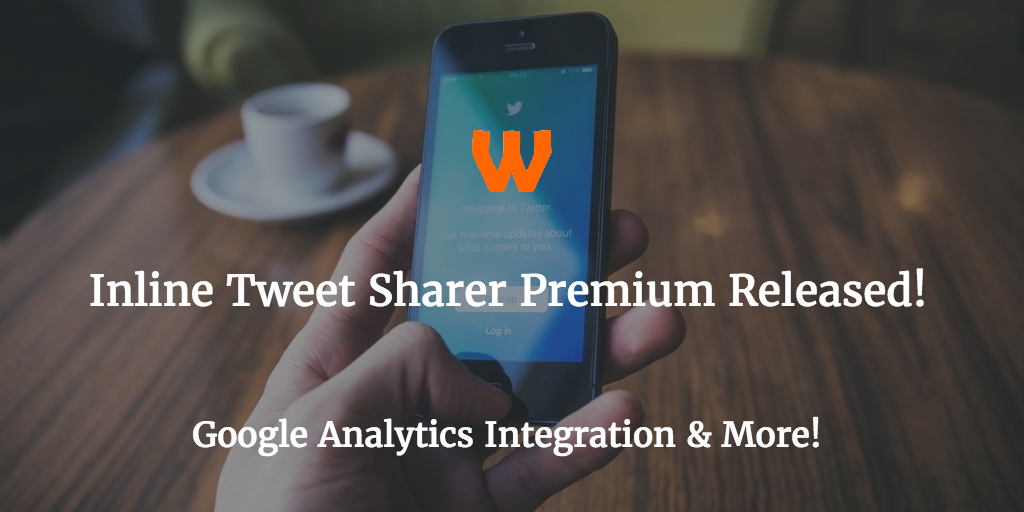 Inline Tweet Sharer Premium is a plugin designed for those who are looking to take their Twitter Marketing up a notch. It will help increase your follower account to those engaged with your audience, as well as give you valuable insights into what content is being shared. You can read more about it here.

Here’s the features introduced in the first version of Inline Tweet Sharer Premium.

Include Related Followers To Encourage Signups

What happens after people share your tweet? Normally, you’d just return to your site, or worse disappear from the site. In the premium version instead you also can encourage users to follow your accounts.

You can create campaign variables in Google Analytics. What this means is you can add to the end of the URL sharing various variable such as campaign and source. This will allow you in Google Analytics to track how many visitors come not just from Twitter, but also from the exact link from the exact page if you wish. This will allow you to see exactly what is working from your social media marketing, and work to replicate it.

First year. You may cancel your subscription at any time. Ongoing subscriptions have a 30% discount.
Extensions subject to yearly license for support and updates.

As well as the premium version, we’ve also made a change to the free version. 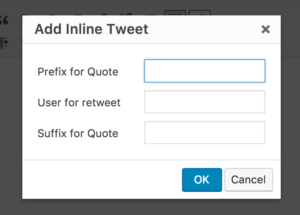 Everything in One Dialog Box

Previously Inline Tweet Sharer’s user interface was unwieldy. You had 3 popups asking various things, which wasn’t great to use. Now everything is in one dialog box, which makes it a lot easier to use, and doesn’t cause as many issues with popups.

Finally, to keep upto date with the plugin, please check out the Github issues for a possible future roadmap of the plugin, or subscribe to the mailing list below.