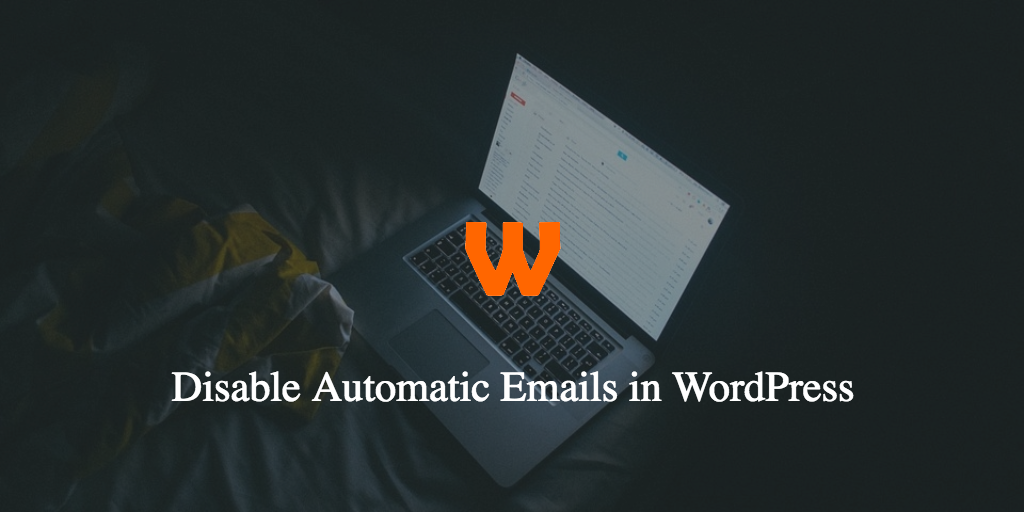 How To Disable Automatic Update Emails

WordPress in version 3.7 introduced a most welcome and a game changing feature – automatic updates. This slightly controversial-at-the-time feature allowed WordPress to automatically update minor or security releases without the need of user intervention. This was needed, as more WordPress installations out there are secure and safe, with fewer bugs. It is a good thing. A very, good thing.

However, if you manage a number of sites using something like ManageWP or WPRemote, you can get hundreds, even thousands of emails saying you need to update your site. Whilst useful for those with a small number of sites, it can be a bit much if you have a lot of users.

Furthermore, if a lot of your sites are hosted on the same server, or use the same email delivery method over a number of sites, this mass-sending of emails can cause problems. I trust WordPress to stagger the updates, but you never know.

As a result, you may wish to prevent emails being sent, but still go through the updates. Luckily, this is incredibly easy using a WordPress filter.

The filter you need is the auto_core_update_send_email filter. This filter accepts a number of arguments dependant on the email that is being sent.

To do so, create a new WordPress plugin. Simply include the following lines after the header:-

There are a number of associated parameters with the auto_core_update_send_email. They are the following:-

With this knowledge, we can build something better for email wise. To receive the emails only when there is an error, do the following code:-

I hope this turns out to be useful. As said earlier you shouldn’t have to disable your updates, but it is probably a good idea to limit the amount of emails to be sent, especially is nothing is wrong.